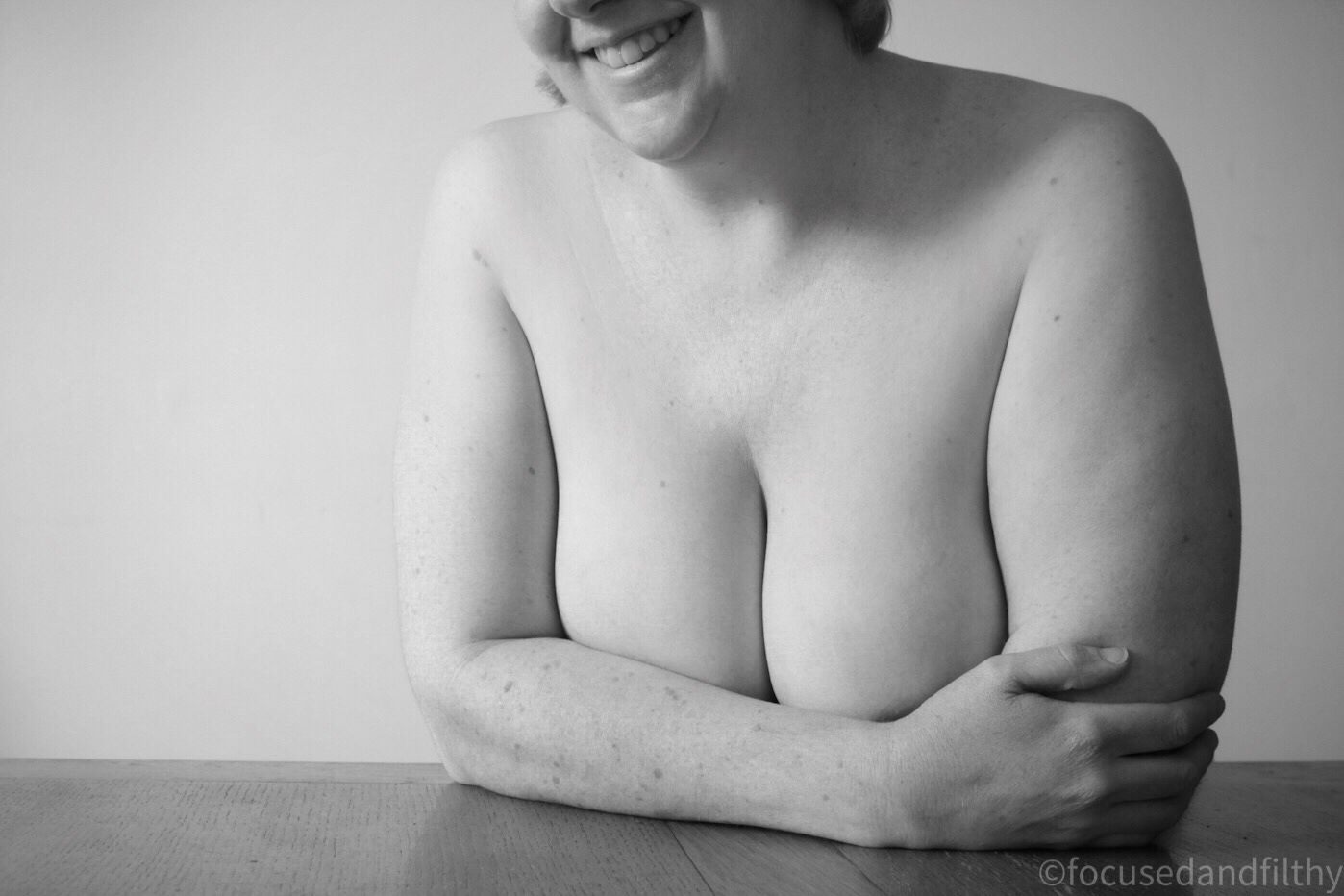 The prompt of flirting from this Kink of the Week had me thinking about my flirting style and I don’t think I’ve really thought much about it before.

Pre meeting my husband I only really flirted with men and my main tactic has always been through showing my cleavage. Which was surprisingly effective. In the last few years I’ve been lucky enough because my husband and I have expanded our relationship to include other people (of different genders) so suddenly I’m back to some serious flirting (or maybe I should say flirting with intent rather than accidentally) I tend to smile a lot but it’s mainly about touch. My fingers are so much better at getting my point across than my language skills. I’ve talked previously about how I’m such a tactile person and I use this in flirting too. The accidental brush past someone or the touching their arm or leg when I laugh at their jokes. The offer of a massage was what finally worked with my husband and I’ll be honest it has definitely helped with others since.

You might not be surprised to hear that also getting people naked for photographs is a great way to flirt. Rather than it being a flirty thing it’s a feeling confident and comfortable in someone’s presence thing that makes it a great way to move from photography to fun. If you are prepared to stand or pose naked for someone’s camera (especially if they are naked too) it’s quite a way to bond and then afterwards (when clothed again) it’s like you’ve already got past some of that awkward bit of wondering what they would think about you naked. If someone then is still keen to flirt and move things forward it’s a real boost. It also makes things much easier.

I wondered whether to illustrate this post with someone I’ve enjoyed flirting with and photographing but there hasn’t been much of that this year. So have my original tactic instead. Tits and a smile.